02 Lecture 1: Carolingians and the Republic of the Romans

Beginning of the end of Byzantine control west of the Adriatic

Papacy had key role in legitimizing (some) rulers

With countryside, a Byzantine duchy (dux: military leader); under Ravenna, under  Constantinople

Lombards (arrived 568) to north and south, kingdom to north (Pavia)

Merovingian dynasty; Pepin, mayor of the palace, requests recognition as king of Franks from Zachary

Intrigue on all sides 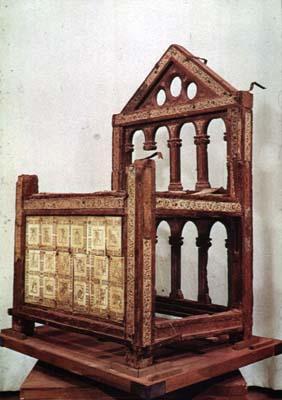