This is an archive of Rob Kurzban's Evolutionary Psychology Blog

What are Evolutionary Psychologists Talking About? An HBES 2013 retrospective

The 25th annual meeting of the Human Behavior and Evolution Society took place last week, from Tuesday the 16th to Saturday the 20th in South Beach, Miami. Deb Lieberman and Mike McCullough’s heroic, herculean efforts paid out in spades; the conference was intellectually among the richest ever and went off with no major logistical difficulties, though the weather could have been a touch better at the front end.

The quality of the plenaries, talks, and posters was, in my opinion, at an all-time high. I felt that in particular the student presentations I had the chance to see were exceptional, foreshadowing continued good things ahead for the field.

As always, characterizing the shape of the conference is a challenge, so I’ve adopted the same tactic I used for the Social Psychology conference (SPSP) back in January, looking at word counts from the program to get a lay of the land. This is only an imperfect way to try to capture the essence of the meeting, so take it all with a few grains of salt.

Ignoring the little words, the first item of substance, just as in the SPSP case, is social (289), with sexual (228) a somewhat distant second. Evolutionary (220), human (176), and sex (175) appear next. The term “sex” appears in various contexts – e.g., “sex differences,” “sex of subject,” etc. – and so doesn’t necessarily mean much, but “sexual” I think really does reflect what people are looking at, such as sexual strategies and sexual behavior. (I’d be interested in knowing what words pop out of an analysis like this one for the animal behavior conference. Anyone?)

The next substantive word is probably the biggest surprise: children (143). (Childhood also came in strong, at 60.) This represents, to me, one of the most dramatic shifts in the meeting, the increasing emphasis on development. The word appears because so much of the work drew on children as participants. Further, one of the plenary addresses was by a developmental psychologist Renee Baillargeon, and was, in a word, fantastic. Baillargeon reviewed evidence that very young children have intuitions and expectations about relatively complex social/moral concepts such as reciprocity, fairness, and ingroup/outgroup dynamics. For instance, young infants expect members of the same group to take revenge on behalf of a member of their own group against an outgroup member. In any case, members of the community seem increasingly to be looking at development, and I’ve previously highlighted the work of Annie Wertz, which is superlative; I was similarly very impressed with Kiley Hamlin’s presentation. The emerging increasing attention to development is not just visible at the conference: the winner of the best paper prize in the Society’s journal (see below) was also developmental.

Mate (136) and mating (123) are just downstream of children, with cooperation (128) in the same neighborhood, illustrating the community’s continued intense focus on this perennially interesting and controversial topic. In his remarks, David Buss made the astute observation that there were eight sessions about cooperation in the program but only one session on coercive violence. Aggression, for instance, mustered only 23 appearances, less than half that of humor (51). (Evolutionary psychologists seem to be obsessed with sex and non-violence… Heck, even the single session on violence included Steve Pinker’s presentation, which focused on how much less of it there is than there used to be.)

Attractiveness (120) comes as no real surprise, and terms for talking about social behavior fit in around here – group (113), partner (99), relationships (80) – as do terms that seem to reflect the roles that information-processing and game theory play in theorizing: strategies/strategy (97/68), information (96), cues (87), competition (75), mechanisms (64), and cognitive (57). Theory (113), evolution (92), psychology (92), evidence (92), reproductive (87), and hypothesis (86) make strong showings for obvious reasons. The continued attention to social groups other than just western populations was obvious to me as I attended talks, and is reflected in the frequencies of cultural (88) and culture (45); these terms do three times as well as genetic (34) and gene (10), which might surprise those who think that evolutionary psychology ignores culture but is obsessed with genes. Learning (51) was similarly well represented.

There was no shortage of discussion of punishment (86); the frequencies of facial/faces (81/50) show the continued interest in this topic, which was also the subject of Brad Duchaine’s excellent plenary address, which focused on various lines of evidence speaking to the question of whether there is face-specific architecture in the human mind. Some other words that caught my attention: status (62),  disgust (56), health (56), testosterone (50), kin (49), economic (45), and orgasm (43). I thought moral/morality (44/23) would do better.  Very generally, it seemed to me that there was more attention at this conference than in the past to hormones, health, emotions, and medicine, though I’m basing this only on these counts and my general sense.

Between frequencies of 40 and 25, here are some terms that caught my eye:

I’m not sure why, but there’s something amusing about the fact that coffee and brain both came in at 25.

So, that’s the crayon sketch of what the group is talking about. Here’s what the group values. Each year, several awards are given out. [UPDATED] the winners of the New Investigator award, which is given to the graduate student with the best paper are:

Michelle Ann Kline: How to learn about teaching: An evolutionary framework and empirical tests from Fiji

Next, the winner of the Poster Competition was Delphine De Smet for Gender differences in sibling detection: A facial EMG study of incest aversion.

The postdoc competition is open to anyone within five years of their PhD, and the winner is…

Jennifer Smith, for her paper, Evolution of cooperation among mammalian carnivores and its relevance to hominin.

(Smith is in a biology department, and my sense was that the proportion of biologists grew at this year’s conference though, again, I don’t have any actual data.) 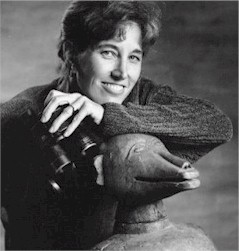 Next, the HBES Lifetime Career Award for Distinguished Scientific Contribution “is awarded to HBES members who have made distinguished theoretical or empirical contributions to basic research in evolution and human behavior.” This year’s (very deserving) winner is Sarah Hrdy.

Finally on the issue of awards, one of the most pleasant duties I have in my role at the Society’s journal, Evolution and Human Behavior, is announcing the winner of the award for the best paper, the Margo Ings Wilson Prize. which was established to honor the memory of one of the Society’s finest and dearest members, Margo Wilson (in memorium). Each year, the members of the editorial board choose the best paper of the previous year to receive this honor, which carries a cash prize of $1,500 to the first author. As always, the board’s decision was difficult due to the very high quality of the journal’s papers. Earning the position of first runner up for the prize was:

But the winner of this year’s award in Maciek Chudek and colleagues’ paper:

A few minor points. At this year’s conference, thanks to Lisa DeBruine, the Society (finally) has a facebook page. I hope that the page proves to be useful to members. (Please join, y’all.) On that note, if you have good photos from the conference you don’t mind sharing, please send your favorites to me and we’ll post some to the page.

Thanks again to Mike McCullough and Deb Lieberman for putting together an excellent conference, and to all the people, including students, competition judges, and administrative staff who put in countless hours into making the conference a success. Next year the conference will be held in Natal, Brazil, and registration will open in just a few months.

And, finally a blog note. I hope to get one or two more posts up, but I’ll be spending much of August convalescing, so I’ll be taking a break of a few weeks from posting.