Ka Ki Jacqueline ‘Jacky’ Chan is a senior studying Anthropology in the College of Arts and Sciences. She is working on the LandCover6k Project and hopes to learn more about the applications of paleoecology in modern contexts. Her interests include the archaeology of food, the origins of agriculture, nutritional and medical anthropology. Jacky is also working with Dr Bates in the Penn Paleoecology lab sorting and identifying the macrobotanical remains from the EHLTC project.

Madeleine McLeester.  I study the rapid transformation of the Calumet Region from 1500-1850.  The Calumet Region is the 45 mile stretch of land along the southern rim of Lake Michigan.  It is known for both its unique biodiversity and ecological degradation.  My work aims to understand how semi-sedentary groups in the region helped to shape this ecology.  In particular, I am researching how the processes of agriculture, foraging, and hunting impact the various environments where they were practiced.  My research uses methods such as pollen, macrobotanical, and stable isotope analyses.  I’m also interested in the politics of nature in the past and present — in particular, the dominance of a Europeanized ecology both in nature and in discourse.  Through my research on the impact of semi-sedentary groups, I hope to inform the restoration and management of the Calumet Region’s natural areas on methods to help achieve restoration targets. Melissa Rosenzweig. I study the intersections of agriculture and empire at a Late Assyrian (first millennium BCE) site in southeastern Anatolia called Ziyaret Tepe.  I  use archaeobotanical analysis to put into context the social changes rendered by, and through, agriculture before and during imperial occupation of the site.  Theoretical underpinnings for this study come from political ecology and landscape/environmental archaeology.

Jennifer Rozo.  My dissertation research explores the long-term social, economic, and environmental implications of Puebloan agricultural land use practices and changes to those practices during the pre-Revolt Spanish colonial period in New Mexico (mid-sixteenth to mid-seventeenth centuries).  Specifically, this project focuses on the introduction, spatialization, and development of a novel economy –  pastoralism – into a previously more exclusive agrarian economy.  My project employs survey, excavation, and pollen analysis data from an early Spanish colonial-period Pueblo village (known as LA 162, Paako, or San Pedro) and its surrounding field systems.  In particular, pollen analysis is used to examine the ecological impacts, both intentional and unintentional, of daily practices, in order to glean a more nuanced understanding of the dynamic, entangled interrelationships of (human) social communities, animal communities, plant communities, and the landscape, through a particular historically-situated case study. This, in turn, provides a more in-depth context for looking at the politics, economies, and aesthetics of the Spanish colonial world. Debora Heard.  My research focuses on ancient Nubia which is in current-day northern Sudan and southern Egypt.  Focusing on the Napatan and Meroitic periods of the Kushite polity, my dissertation examines the structures, inscriptions, and iconography of temples dedicated to the gods Amun and Apedemak to analyze Kushite ideologies of power, political subjectivity, and womanhood.

Royal Omar Ghazal. My research interests are primarily in archaeology of the ancient Near East and South Asia, where I am concerned with systems of trade and exchange and how these factors contribute to changes in political economy and ecology in the Bronze Age. My dissertation seeks to contribute to a growing body of research in archaeology and related fields concerning intercultural interaction and systems of exchange in prehistoric/pre-market societies. This research explores how the introduction of foreign products and the development of local cottage industries – with emphasis on ceramics – contributed to the integration of coastal and interior communities in Early/Middle Bronze Age (3100-2000) Oman. The consolidation of these two communities, i.e. coastal fisherman and oasis interior agro-pastoralists, constituted the first successful cultural integration of these two subsistence regimes under a single “polity,” which ancient Mesopotamian writers referred to as the “Kingdom of Magan” (northern Oman/UAE) .   http://chicago.academia.edu/royalghazal/About

Kelly Wilcox. I am interested in studying long term trajectories of human-animal relationships and how they speak to the social, political, ecological dimensions of South Indian history and prehistory. Using faunal analysis, I study the ways in which human and animal worlds intersect and the types of practices that emerge and evolve from these intersections.  In thinking about human-animal relationships as crucial points for forging and mediating social relationships, I am interested in looking at how animal use influences, and is mutually influenced by, society and politics, and how this has contributed to economic and symbolic conceptualizations of animals and human-animal relationships over time. Currently I am looking at faunal remains excavated from Kadebakele, an Iron Age (1200-300 BC) site in Northern Karnakata, and exploring the various ways animals figured into ritualized activities and megalith construction. In the future, I hope to combine zooarchaeology and stable isotope analysis to address questions on the mobility of human and animal populations, herding strategies, and shifts in animal-based subsistence practices. Kate Franklin. I am an anthropological archaeologist working in the Republic of Armenia, currently investigating the intersections of global trade and social life as constituted on-the-move along the highways between late medieval (AD 12-15th c) towns and cities.  Working with a concept of cosmopolitanism, I explore how medieval subjects (traders, princes, villagers, city dwellers) negotiated between multiple and frequently contradictory models of the universal as they traveled across political realms and within architectural worlds, and as they participated in mobile place-making through material practices like cuisine.  My work uses the ideas of value transformation to explore multiple coeval ways of ‘being medieval’ that stand outside the univocal narratives of rational mercantilism or religious/ethnic essentialism. My doctoral dissertation, “This World is an Inn: Cosmopolitanism and Caravan Trade in late Medieval Armenia,”  encompasses princely performances as well as roadside garbage and examines the practices of value transformation by differently situated subjects in medieval Armenian society. Suchismita Das.  I am a cultural anthropologist working in India, broadly interested in the anthropology of conservation and development, anthropology of the state and the making of nature through situated practices. My research looks at ecotourism as an emergent tool of conservation and development, as is being promoted along India’s northeastern frontier, in the Himalayan state of Sikkim. I explore how through ecotourism the agenda of biodiversity conservation gets linked to the positive valuation of cultural diversity in the region. To understand the resultant modes of environmental governance, I plan to conduct ethnographic investigation of contemporary conservation projects, supplemented by archival research on regional frontier history. Brian Wilson. I am an archaeologist and historical anthropologist whose work examines Portuguese colonial expansion in South Asia with a particular focus on the former capital city of the Portuguese colonial empire in Asia, Velha Goa.  At this site, I explores the production of space, human-environment interactions, abandonment, and ruination in an early modern urban landscape.  I am PhD candidate and am currently writing my dissertation. 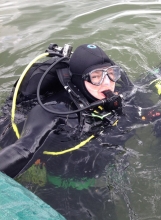 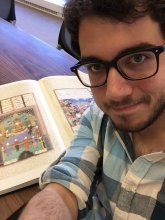 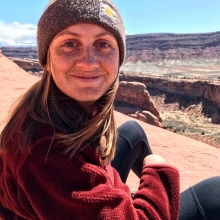